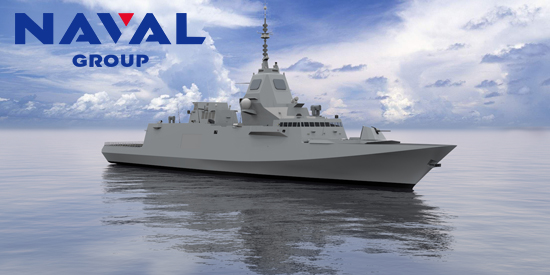 Naval Group chooses 4D Concept‘s software for the complete S1000D documentation chain: logistic data conversion, authoring, managing, publishing and viewers for end users (in submarines). More than 400,000 objects are stored in the database (among which around 80,000 Data Modules). Editing is done on several sites all around France.

A varied documentation, difficult to maintain

Naval Group work in the shipbuilding business. They design and build military ships, combat system or harbor infrastructures and provide operational condition maintenance (OCM) for the French Navy and in foreign countries.

The special features of Naval Group products are their long lifecycle, complexity and technical diversity, and also that they are produced in very small series with multiple versions. OCM preparation, that is the initial logistics, occupies a large place in the documentation delivered to the customers.

Naval Group conducted an analysis which led to discontinuing the use of word processing and adopting a large-scale modular documentation system with dynamic publication that improved the information quality while cutting down the maintenance costs. The system would be based on the existing S1000D standard.
In particular, Naval Group wanted to create S1000D data modules almost automatically (final validation by the manager) and obtain maintenance procedures and illustrated parts catalogs related to the equipment tree structure directly from their logistic repositories.

With the standard version of the Logistic and Manager modules of the software suite dedicated to S1000D v2.3, 4D Concept had already solved most of the issues raised by Naval Group.
Meeting all the requirements involved carrying out additional developments in the field of logistic import and publication templates.

Developments were gradually produced in close collaboration with the customer according to the principles of the Agile method set up within 4D Concept.

Consolidated changes were incorporated into the S1000D product as a standard (logistic standards 1388-2B and IT-8805).

The direct assembly on request of publications as electronic PDF (managing links) or HTML makes the system efficient and user-friendly for the authors.

In 2013, 4D Concept delivered their customizable viewer VIPER to Naval Group, to enable end users to consult the S1000D documentation with advanced features.